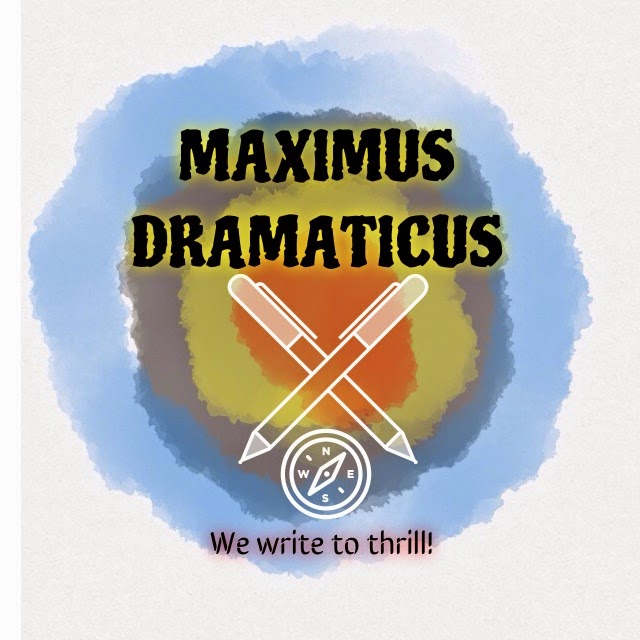 Read the previous part of the story here : Questions That Demand Answers


Tara's search for the note in the room Shekhar was sleeping in with Roohi turned futile. She overturned every thing to see whether a gust of wind had blown a small handwritten note somewhere . 'Shekhar must have left some clue to me , before leaving', she told herself!

" Leave it, Tara, it was just a guess on my part", Aryan came and stood beside a panting Tara ....." If Shekhar didn't really want you to know where he was going, he might not have left a note at all!" , and looked directly at Tara.
" am I fighting a lost battle with myself here?" , Tara pondered . The thought waves in her brain were not synchronising with each other at all, and diverse concerns were trying to make themselves heard simultaneously. She desperately tried to make herself understand that Shekhar could not have been more evil than she had already known , but Aryan's eyes were making it obvious , that with every shocking revelation , it was getting harder for her to defend Shekhar. "why? Oh why am I being made to suffer this ", Tara's conscience was crying out . " can't I run away from all of this , so that the stench of this murky affair doesn't reach me anymore ?" , Tara was losing her wish to fight . She didn't feel she could sustain her efforts to save her family . If life was all about getting to drag a chronic defaulter husband back every minute, this life was as good as over . Tara didn't wish to live this life any more. She lowered her eye from Aryan's gaze.
Roohi turned in her sleep. Hope knocked once again at the door of Tara's distressed mind . If anything was worth living this life for, it was Roohi . She was innocent , she was her pet . The child didn't deserve to lose her mother at such a tender age . The negative thoughts making their way into Tara's brain faced an abrupt halt . " I'm doing this for Roohi", Tara told herself . "I'll make sure the little child doesn't get singed by the fire of sin all around her !"
"Tara! Tara!......", Aryan tried to gain the attention of Tara . She was taken out of her trance , and blinked twice before saying , " sorry Aryan , I had lost myself ....."!
"That was evident ....  It was perhaps the seventh time I was calling your name from two feet away ", Aryan smiled , but only just .
" I'm sorry Tara , but you see Shekhar has dug a hole larger than he can fill , and I can't promise you that I will be able to save him from getting a lengthy sentence once this thing gets sorted . Without his active involvement in the dealings, this could not have gone so far .", Aryan went on in his business like way.
" Aryan , you do your bit .......I only care for Roohi . I don't want her life to be rotten for what her father has done ! ", Tara wiped a solitary tear from her eyes.

"Shekhar , I don't know why I've called you again after all this mess", Samantha looked visibly shaken ......." but I don't want to get you killed !"
Shekhar did not know how to react . Here was a beautiful , but evil lady, a past flame of his , breaking the news of his impending murder , but he took it as another passing comment. The path he had trodden for years was dark , but to be very honest , Shekhar himself had never really been a murderer . His brain worked like a machine, but he could never think of himself as being able to take someone's life in cold blood.
He thought , how Percival as his accomplice , used to call him , the softest crook in India . The killed dogs were the only things Shekhar plotted that ranged close to a murder . In their dealings, a few human casualties weren't much to be concerned about, but even then , Shekhar didn't like to get involved in the plans where these details were chalked out . He loved the money , he stayed on the wrong side of the law, but he dreaded the police , more than anyone in his business. Shekhar had thought about this vulnerability of his mind ,often , when he was actively involved with Percival , but at most times , this soft portion of his trait acted as a defence mechanism of his psyche , that told him that he was a human being after all, and there was at least some good sense remaining in himself . He knew he was a criminal , but he also wanted to repent . But the love for money was his constant scourge .
" Shekhar , go away to Mumbai , or do what never you wish ....but don't get killed ," Samantha tried to reason with him!
" how can I run away now? I don't think I'd be allowed to flee in any case. Tara has come to know almost everything . I doubt she'll believe me . I doubt Cyrus will believe me ! And as for you , it's surprising that you're alerting me now. I thought you'd not lose the opportunity to kill me yourself !", Shekhar frowned .
" Listen Shekhar , I never planned to get you murdered . I needed your house , and there was a war with Percival over the acquisition . You'd know by now for sure , that Lallan double bluffed Percival , when I paid him higher to avail of his services , and rope him in my side . But he's very difficult to contain , and he's ruthless . Hiring him was my idea , but I didn't realise that he would usurp my authority , and try to dictate me !" , Samantha went on .
" Shekhar , I would like to see you live !", said Samantha , and moved closer to him . Taking his face in her hands, she whispered , " i cannot see you killed Shekhar !This is for old times' sake"! Their eyes met , and Samantha intently asked," ..........can you love me again like you once used to Shekhar ?"
When an old flame re-ignites , it gets difficult to control. Human beings are inherently attracted to what is to be inhibited , and they are servants of their instincts . Shekhar did not wish to hold himself back from Samantha 's embrace . The past memories of their whirlwind romance came flooding back , and he wanted to drown in the shower of Samantha's seductive prowess. " Am I an infidel?," a question arose somewhere in his mind. Before some other part of his brain could answer that, he was lost in Samantha's body . Samantha was all over him , and he savoured every bit of the passion that drove them, after so many years.
"We can kill Lallan together , can't we Shekhar ?", asked Samantha , with her lips touching Shekhar's ears . "Yes.....yes, I think we can ....." , Shekhar didn't want to disrupt the proceedings . Samantha dug her nails into Shekhar's back . Shekhar couldn't think of the future , he was too engrossed in the present .......and he couldn't stop himself .
*************************************************************

" Once Shekhar Dutta is done with , the old hag Samantha can be dealt with ....." , Lallan wondered aloud, as he poured some more wine into his glass. " but there should not be any mess up with this bitch . That wimp of a husband that she has certainly did not manage to do anything with such a trophy wife, but would certainly stir up the whole of New Delhi , and might also involve the Parliament into this. The bitch cannot be killed ......she needs to be silenced somehow .....", He swirled the amber liquid in its crystal clear glass.
" ah ! Jenny ......one final assignment for her would be Samantha .", Lallan relished the prospect, " Then , she can be taken care of either way ! I can try to get her framed and make it look an accident while she flees the scene ! Dutta's wife can raise an issue , but my ........she has such a terrific body ! " , Lallan raised a toast to Tara! Savouring the lingering taste of scotch, he wished, " oh Shekhar Dutta, how I'd like to lay my hands on your lovely wife !! "
**********************************************
" I feel you should surrender your fate to Aryan .....I do feel he'll understand your plight and arrange for something so that you're saved ", Cyrus lovingly stroked Jenny's hair off her face .
Jenny looked distraught ," Cy, I don't wanna spend the rest of my life in jail ", and buried her face in her hands.
Cyrus consoled her , " no Jenny , you'll not ....the law will definitely take everything into account . "

Jenny suddenly sat up straight . She did not look frightened . It was as if she had been infused with a renewed vigour.
" Cyrus??", she asked!
"Yes, sweetheart?",Cyrus was inquisitive.
Jenny asked, "can I do one last crime ?"
Cyrus looked up aghast , " Jennifer ......?? Are you mad ?? What are you talking about ??"
Jenny's eyes had a glint , " what if I get rid of Lallan ?? Won't everything end once and for all?? "
Cyrus' jaw fell open !

Read the next part of the story here:


Me and my team are participating in ‘Game Of Blogs’ at BlogAdda.com. #CelebrateBlogging with us.
Posted by Titas at 21:34